BREATHING AND EXCHANGE OF GASES

BREATHING AND EXCHANGE OF GASES 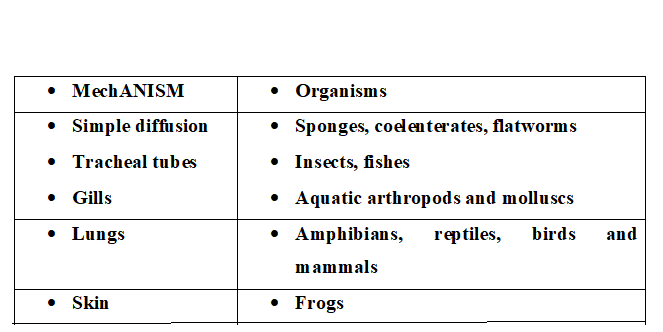 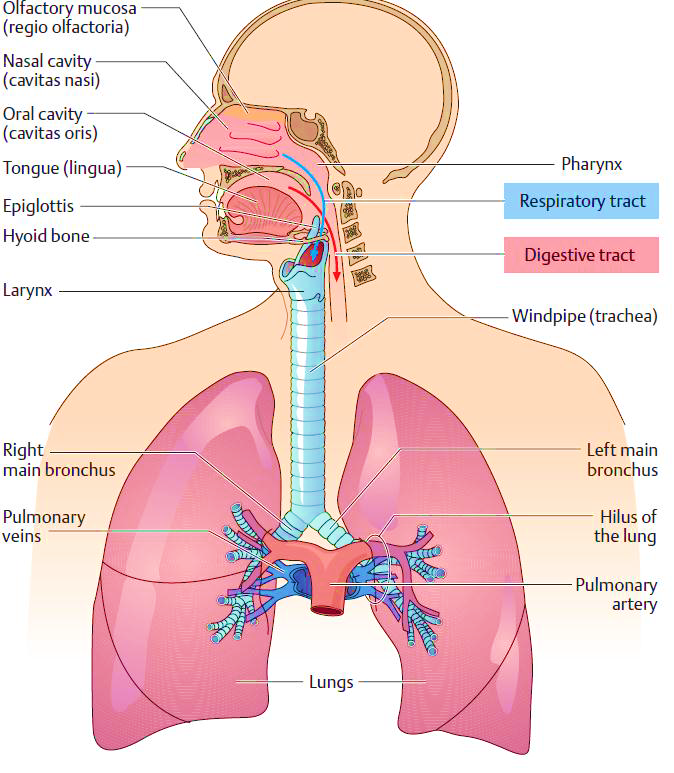 The respiratory system can be studied in two parts 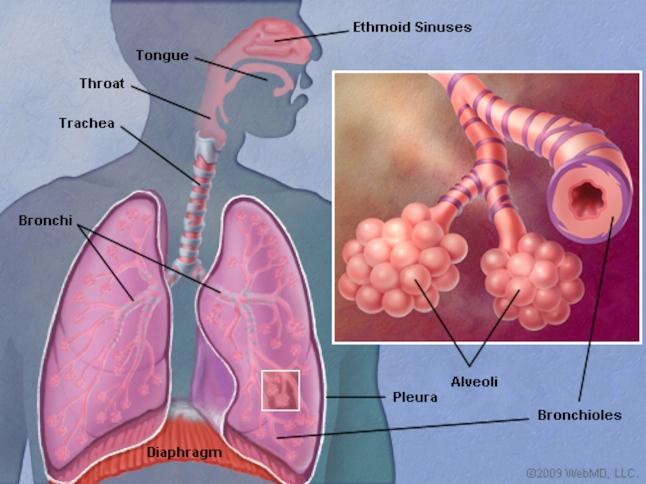 Based on function, the respiratory system is divided into conducting part and respiratory part 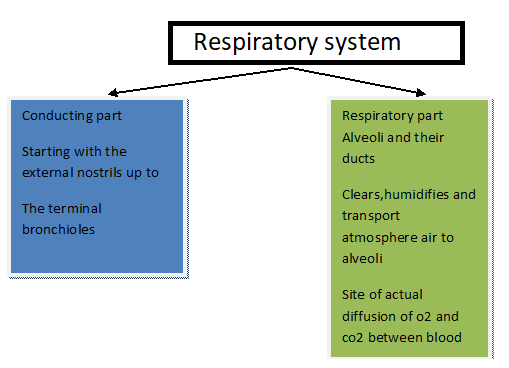 Lungs are located in the thoracic chamber which is limited dorsally by the vertebral column, ventrally by the sternum, laterally by the ribs and on the lower side by the dome-shaped diaphragm

Mechanism of breathing can be studied in two steps

The volume of air that can be drawn in forcibly =3000ml

Some air is always left in the lungs even after forcibly breathing out.This is called left over =1500 ml

The total volume of air a person can breathe out after a normal inspiration. This includes tidal volume and expiratory reserve volume (TV+ERV

Some air is always left in the lungs even after forcibly breathing out. This includes ERV+RV

The diffusion membrane is made up of three major layers 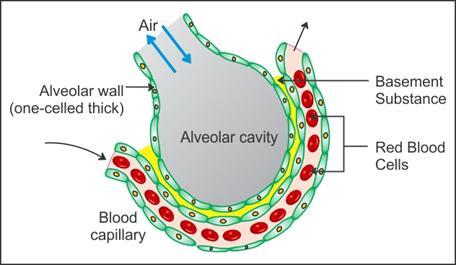 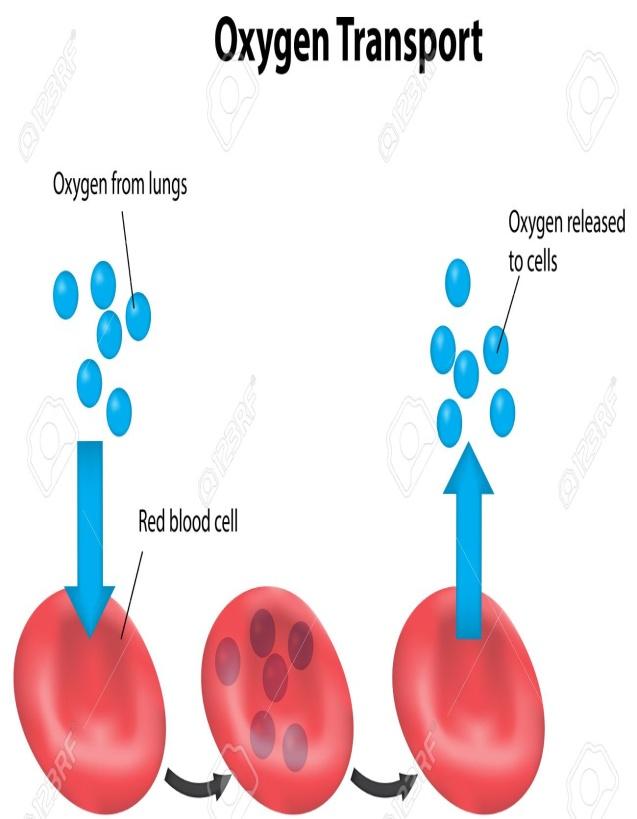 Join our newsletter and get news in your inbox every week! We hate spam too, so no worries about this.